Please note that due to the current COVID-19 situation, we hope to run this programme in September.

Workshop dates will be confirmed in August.

We are very happy to announce that Michael Dunning will be back at State Theta Galleries offering Levels 1-3 of the Yew Mysteries Training during September 2020.

Due to the nature of Michael's training, workshops must be attended in sequence; if you have not completed Level 2 its not possible to register for Level 3.

You may also repeat a training at a very reduced rate if you have previously attended.

Workshop details subject to change due to Covid 19.

We are taking registrations for this workshop however due to the current uncertainty regarding travel restrictions and social distancing we will make a final decision as to whether we can run an in-person workshop on 1st August.

Please register through the process outlined if you would like to be kept up to date and on the Yew Mysteries register.

We are not taking any payments until we are clear the workshop can run but if you have registered you will have a place.

If its is not possible to continue in person Michael will offer a free Zoom introduction teaching to the Yew Mysteries during the dates currently planned for the in-person program and we will reschedule hopefully for May 2021.

Full refunds available excluding a Non refundable deposit £50 up to 6 weeks prior to event.

You can either take the whole training or work through the modules at your own timing, beginning with Level 1.

Yew Mysteries One - The Sacred Yew - Tree of Eternity

Yew Mysteries Three - The Shining Ones 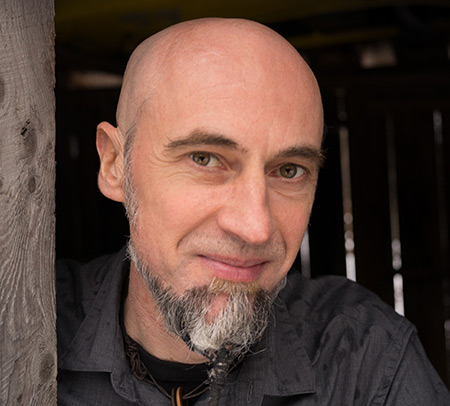 For the last 20 years Michael has been developing an approach to craniosacral work that combines biodynamic principles with an ancient western, and largely forgotten mystery knowledge that he refers to as the Yew Mysteries.

Michael now lives in USA where he has been teaching both biodynamic cransiosacral and the Yew Mysteries since 2003. He has written about his experieces with the yew tree in the book Soul Companions and has contributed articles to various shamanic publications including Sacred Hoop and the Journal for Contemporary Shamanism. Michael is also a regular guest on spirituality and health themed radio shows through the USA. www.yewmysteries.com

The Yew Mysteries were centered on the Yew tree (Taxus Baccatta) as the original Tree of Life. Many scholars now believe that the Norse World Tree, Yggdrasil was a yew and not an Ash, as had previously been assumed.

An Ash tree is neither evergreen nor long- lived. A Yew on the other hand is most certainly evergreen and can live for several thousands of years, if not eternally!

The oldest known word for the yew, Eya ( Hittite 1750BCE) means ‘eternity’ or ‘to be touched by eternity’. In the 15th century Irish Book of Lismore the age of the earth is linked to the Yew tree:

-- Three lifetimes of the yew for the world from its beginning to its end.

Introductory workshops are currently being offered in Abergavenny Wales, and in Ormiston, Scotland as well as in Seattle WA, USA. Upon completion of Yew Mysteries One students are eligible to participate in Yew Mysteries Two through Five at any training location.