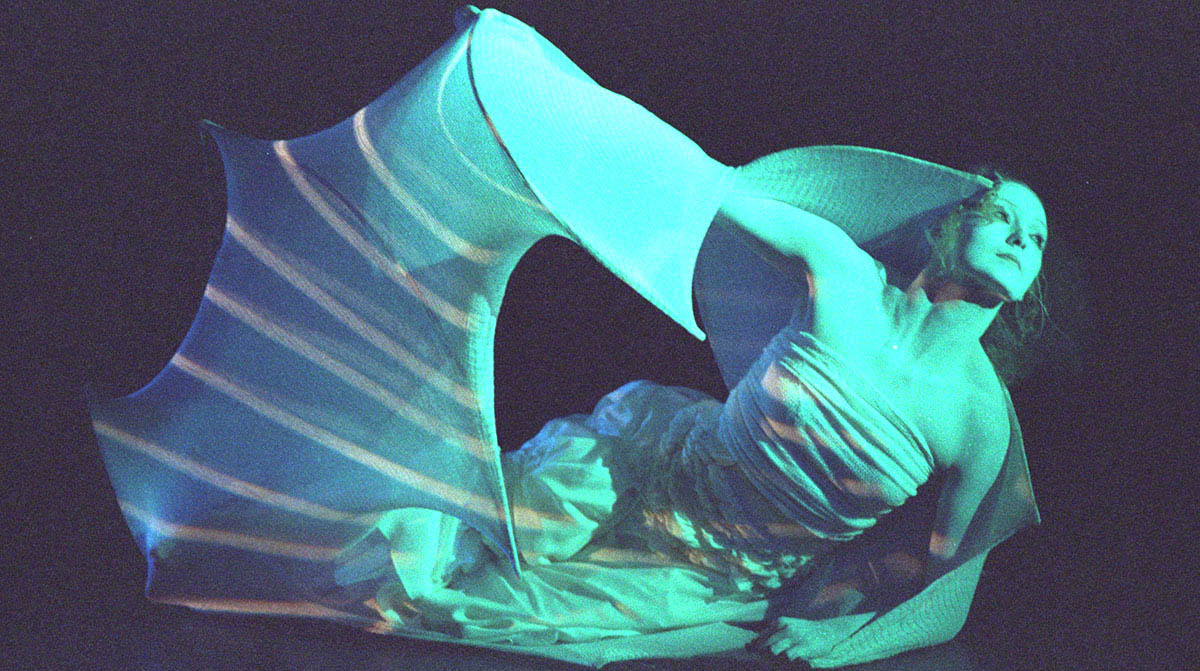 Audicia's parents and grandparents were involved professionally in theatre and dance and these creative roots have greatly influenced and directed her inner passion for movement, leading her on a continuous journey of study, travelling, teaching and performing.

After completing a 3 year Dance and Theatre Arts training at London University Audicia went on to study T'ai-Chi Chuan and Yoga in The Far East.

On returning to the UK she was invited to perform at the Edinburgh Festival and since then has been resident in Scotland.

She spent over 10 years teaching at Scotland's International Centre for Dance - Dance Base. Audicia was one of the original team of teachers and dancers who developed the concept of a centre for dance in Scotland in the late 1980's.

She has worked for many Performance, Dance and Theatre companies in London, Paris, Amsterdam, USA and the Far East as performer and choreographer including The Rosemary Butcher Dance Company.

In the early-nineties she formed her own ensemble - State Theta - Collaborative Arts Performance Company.
The company specialized in taking imaginative and collaborative professional performance alongside workshop / performance participatory events to the Highlands and Islands and other outlying areas of Scotland.

These major touring works collaborated with Scientists and Anthropologists creating work resonant with and unique to Scotland.

In 1996 she began Somatic Movement Studies at the Fellside Alexander School, Cumbria under the pioneering directorship of Don Burton and subsequently travelled to the US to study Body Mind Centering with Bonnie Bainbridge Cohen.

In 1999 Audicia began studying with Anna Halprin and the Tamalpa Institute California and was invited onto the graduate board of directors between 2003 and 2009. She subsequently completed the leadership programme in the Tamalpa Life Art Process.

The centre provides a large gallery space for multi-modal use, displaying art-works as well as providing a studio space for movement, research, practice and teaching. The visioning and manifestation of State Theta Galleries, involved the total renovation and re-design of the Old Church Hall in Ormiston, one of Scotland's famous model agricultural villages, which currently lies in a designated coal fields regeneration area of East Lothian.

"We have maintained the traditional public use of the building, offering community and professional access for the purpose of sharing, participating, learning and developing through creative movement arts. The Center has established various projects, courses, CDP programmes and special events since opening in 2008 and attracts both local and international visitors." - Audica Lynne Morley
At State Theta Galleries Audicia teaches regular weekly classes in Pilates, Yoga, T'ai-Chi Chuan, Circle Dance and Chi Gung

Audicia has since presented the Planetary Dance at major conferences, community events and ceremony teachings.

In 2010 Audicia collaborated with American artist and close associate to Anna, Taira Restar. Together they produced and directed a Scottish premier of Anna Halprin's "City Dance" - City Dance Edinburgh, and organised the UK premier of awarded winning film documentary "Breath Made Visible" about Anna's life and work. This was performed at the Edinburgh Fringe Festival. City Dance Edinburgh was a large scale dance performance project that supported both professional and community engagement moving within and throughout the environment of the city.

In 2011 Audicia began collaborating with the Rev. Di Williams MBE, exploring the relationship between contemplative and creative practice using the Labyrinth and the Tamalpa Life Art Work as mediums of exploration.

In 2012 Audicia was invited to be co-director of the first movement based expressive arts training programme in the UK - Tamalpa UK
In the Level I Training, participants are given the opportunity, and the challenge, to explore their personal material within a disciplined structure. Working with intermodal art mediums - shifting between movement, drawing, vocalizing, written and spoken dialogues - we work with and reflect on our history, who we are now and the changes that we would like to embody in order to live more artfully in all aspects of our lives.

2012. Audicia was awarded a Creative Scotland bursary to explore Evocative Leadership Mastery, a programme based on pre-Mayan Earth-based wisdom in relation to the arts under the mentorship of WindEagle and RainbowHawk at the Ehama Institute, New Mexico.

These are some of the international artists and pioneers in the field Audica has worked with: